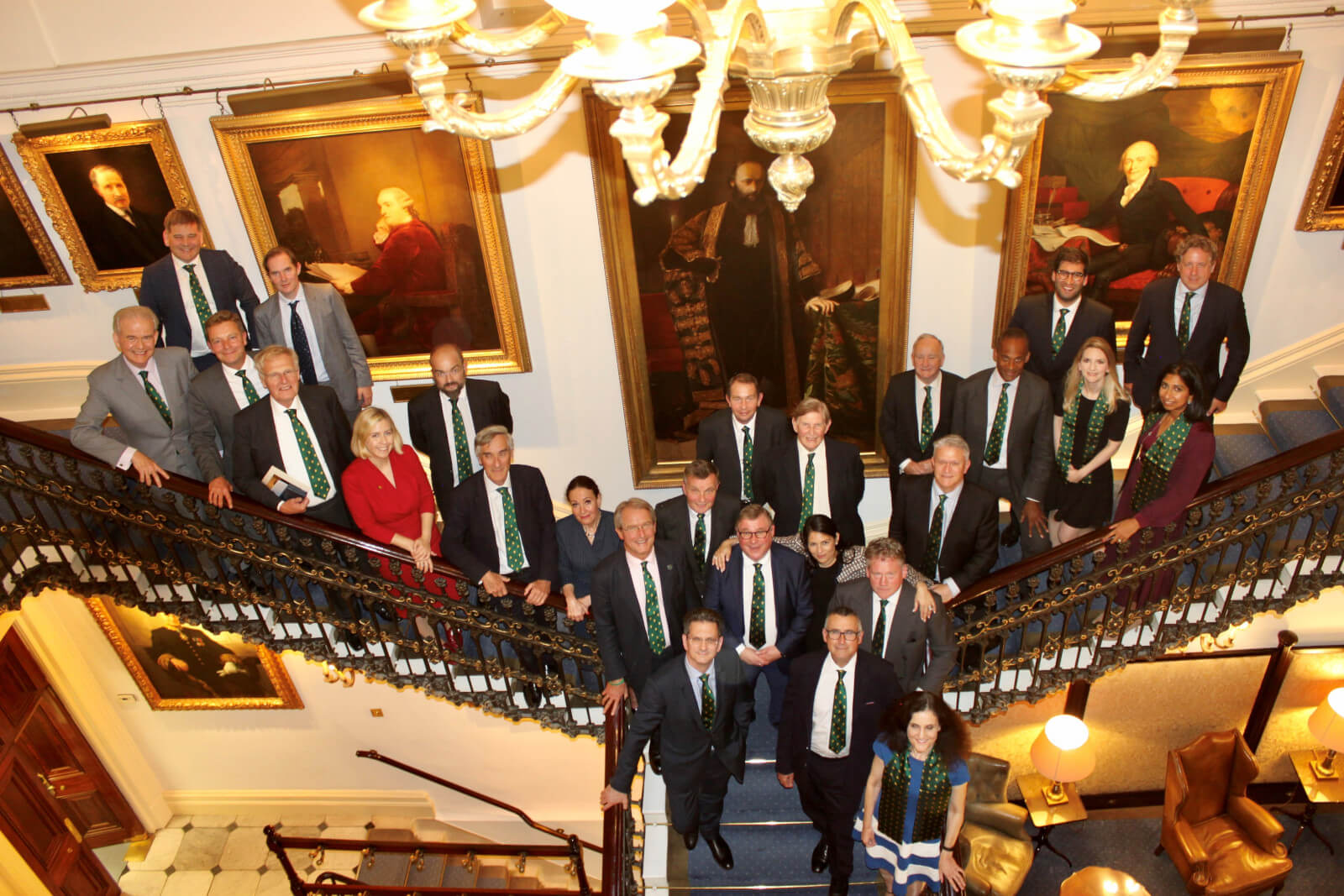 A group of rebel Conservative MPs met for the first time this week since the Brexit crisis of 2019 and were hailed for refusing to accept a compromise that would effectively have kept Britain in the European Union. Twenty-five of the 28 original "Spartan" Tory MPs who voted on three occasions in 2019 against Theresa May’s Brexit deal finally met for a dinner to mark their achievement after repeated delays caused by the Covid pandemic. Sir Bill Cash, the veteran Eurosceptic and the evening’s co-host, told the dinner at the party’s historic Carlton Club in St James’s, central London, that without their opposition, Mrs May’s withdrawal agreement would now be in force. Sir Bill said that if the MPs had buckled,

"we would still be in the EU by the customs union, the backstop".

He then thanked everyone "for staying strong".

Speaking in front of a portrait of Neville Chamberlain, the former Tory prime minister, Sir Bill told them that it was

"every person making their own decision, their own judgment that turned out to be right. It was the most important vote since the Norway vote in 1940"

[which led to the fall of Chamberlain and Winston Churchill becoming prime minister]. Sir Bill’s speech – which was followed by an impromptu burst of For He’s A Jolly Good Fellow – capped an evening when the group of MPs from across the political spectrum had marked their decision to vote to oppose Mrs May’s deal, which would have meant the UK was subject to EU rules due to a ‘backstop’ arrangement.

The MPs who sat down for dinner in the Morning Room at the Carlton Club on Wednesday night were drawn from across the party, from Sir John Redwood and Priti Patel, the Home Secretary, on the Right to Ranil Jayawardena, the Trade Minister, and Suella Braverman, the Attorney General, in the more moderate centre. Mark Francois, the current chairman of the European Research Group, originally named the group of holdouts after the 300 Spartan warriors who made a heroic stand against the overwhelming numbers of the Persian army at the Battle of Thermopylae in 480BC.

Even high-profile Brexiteers caved in to pressure

The MPs sat down to a dinner of smoked trout salad with boiled quail’s egg, capers and cucumber, followed by lamb rump with confit peppers, sun-dried tomato and couscous. There was a cash bar as the MPs arrived and they stumped up the £100 a head cost themselves. One MP noted:

"The wine was Chilean, not French."

MPs remarked how some high-profile Brexiteers were not eligible to attend because they had caved into the pressure and backed Mrs May’s deal, including Boris Johnson – who was in America on a visit – and Jacob Rees-Mogg, the Leader of the House of Commons. The mood was convivial. Tory MP Sir Bernard Jenkin gave the grace, giving thanks

"There was an extraordinary sense of fellowship among people, many of whom we don’t usually meet very often. Everyone paid their share. There was plenty of laughter, quite a lot of reliving how tough it was, how isolated we felt and individual people had to cope with this in their own way."

Every MP was given a chance to speak. Even the three Spartans who were not able to attend – John Baron, Peter Bone and Lee Rowley – submitted their thoughts, which were read to the meeting by Tory MP David Jones. Mr Francois read out spoof messages including a joke missive from Michel Barnier, the EU’s former Brexit negotiator, “on the road to Damascus”, confessing that he was a Eurosceptic now that he was running to be president of France.

The group reflected on how their opposition had forced Mrs May to quit, creating the opportunity for Mr Johnson to drive through his Brexit deal after a general election campaign in which he promised to “get Brexit done”. Sir Bernard added:

“It was a very special evening. We reflected on how many of those Red Wall seats would have Conservative MPs now if we had not done what we did?”

Telegraph earns praise for its support

Mention was made several times of how the Telegraph had been the only media organisation that backed the Spartans and refused to accept Mrs May’s deal. Sir Bernard said the MPs told how

"how we supported each other, and how the Daily Telegraph was the only paper that supported us. Everybody [else] crumbled".

The MPs did not entirely rest on their laurels during the dinner. Sir John Redwood noted that nearly two million Britons in Northern Ireland still effectively lived in the EU and others noted that fishing had not fully been taken back under UK control, so there was still work to be done. As the group broke up at around 10.30pm, they agreed to pose for a team photograph on the main stairs at the Carlton club, wearing the mementoes that had been laid out on the table for them by Sir Bill: green ties and cufflinks for the men, green scarves for the women. Each was decorated with small gold Spartan helmets, modelled on one that Sir Bill had spotted in the British Museum. Speaking on Thursday, Mr Francois said:

"It was a great pleasure to dine with my fellow Spartans, especially as the event was delayed several times by Covid restrictions. These are the MPs who held out against all the odds and thus helped to deliver a real Brexit. They can wear their commemorative ties and scarves with pride."

[“Come and take them” — response of the Spartans when told to give up their weapons.]

The Spartan group of Tory MPs held a celebratory dinner on Wednesday: their stand against Theresa May’s Brexit deal will certainly go down in history. They saved the country from a surrender that might have torn the Tories apart, so they rescued us from Jeremy Corbyn as well. The Spartans also deserve credit for coming up with an analogy other than the Second World War, and thus confusing Remainers who weren’t familiar with the Battle of Thermopylae. The odds were against the Greeks; they lost the battle, yet their persistence turned the tide. It goes to show that if you stand by an idea, and that idea is sufficiently logical and just, you can win in the end.